5 Ways To Avoid The Biggest Regrets Of Dying 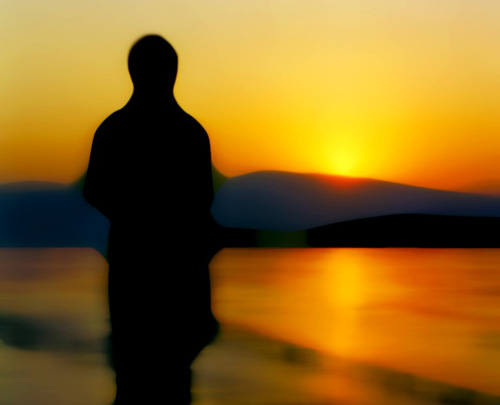 A palliative nurse who counseled dying patients in the final weeks of their lives took the liberty to record the most common regrets among them.  Many of her patient’s regrets were revealing statements like: wishing they didn’t work so hard, wishing they had the courage to express their feelings, and wishing they had stayed in touch with their friends.

I believe in learning from the experiences of others.  Having the insights of people who have lived to the end of their lives is strikingly helpful in living our best lives.  Rather than reiterate the details of their regrets, I’m going to share them briefly and provide suggestions on how we can ensure that these regrets don’t become our regrets on our deathbeds someday.  While we can’t change our past, we can change the present and the future.  How our lives pan out from here is dependent on what we do starting today.

Regret #1:  I wish I’d had the courage to live a life true to myself, not the life others expected of me.

Are you living the life you have always wanted for yourself?  Or are you simply living a life based on what others expect of you?

Many people today live their life around the expectations of others.  Among my friends, many of them often make decisions based on what their partners or what other people want, rather than because of what they want or believe.  Among my one-to-one coaching clients, they often complain about being trapped in careers they dislike because they chose careers which were deemed acceptable by their peers and family, rather than pursuing career paths that interested them.

I was raised in an oppressive manner by my parents and by my education system.  While I have never faulted anyone for such an upbringing because I believe my parents and teachers came from a place of good intention, I did grow up feeling repressed.  I would do things to conform to what others wanted for me, rather than doing things I wanted to do, and this made me very unhappy most of the time.

Being raised this way made me realize the importance of living a life true to myself.  When I was in my early 20s, I began to come into my own, steadily making decisions and acting in a way that was truer to who I was as an individual.  When I realized I was no longer in love with my corporate career, I quit and moved on to pursue my true passion to help others grow.  When I felt it was time to do what I love to do, I readily started my personal development business (which I continue to run today), by way of my blog Personal Excellence.  When I realized I had friendships which were no longer compatible with the person I had become, I immediately let them go rather than keep up a pretense.

Stand true to your beliefs.  If you face naysayers, listen to their feedback, but don’t sweat over it if you don’t agree with what they say.  Just as others have the right to express their views, you have your right not to regard them.  Remember that you don’t live your life to please.  As Winston Churchill puts it:  “You have enemies?  Good.  That means you’ve stood up for something, sometime in your life.”  Read: 7 Tips To Tackle Naysayers in Your Life

Our modern society is one which drowns itself in busy-work.  People are busier than ever, working twelve-hour workdays, and sometimes even longer.  Parents rarely have time for their kids, and instead relegate care-taking duties to daycares, nannies and grandparents.  People rarely have enough time for relationships or personal activities, often prioritizing their work ahead of everything else because it’s their livelihood.  For some, work forms the core part of their identity.

There’s no such thing as “not having enough time.”  It’s only a matter of what you set as your priorities.  If you don’t have enough time for your relationships, it means that you are not making them a priority.  If you missed your anniversary with your lover, it’s only because you deemed the anniversary as less important than whatever it is you had to do at that time.  If you consistently miss your gym classes, it’s only because you are not committed to staying in shape, even if you claim otherwise.

Everyone has the same amount of time every day, be it successful entrepreneurs like Bill Gates, financial moguls like Warren Buffet, top athletes like Serena Williams, or inspirational leaders like Oprah Winfrey.  It’s silly to think of yourself as not having enough time relative to others, because these go-getters are making productive leaps ahead every day even though they have the same amount of time at their disposal as you do.

Make a conscious choice on what you want to spend time on.  What do you value the most in life?  Are you spending your time in line with your priorities?  If you answer no to the latter question, it means there is a misalignment between your desires and your actions.

This life wheel video (just ten minutes long) will help you do a quick overview life assessment and figure out your immediate areas of priority:

Regret #3:  I wish I’d had the courage to express my feelings.

Is there someone you like?  Are you afraid to open your heart to him or her?  Have there been times when you closed your heart to love because you were afraid of what would happen if you opened yourself up to it?

You aren’t alone.  I have quite a few friends who are single, not because they are inadequate (in fact they are high achievers, great lookers in their own right, with great personalities to boot), but because they are closed off to love.  They repeatedly dismiss opportunities to meet new people and expand their social circles.  Whenever there is a guy or girl they take a fancy to, they choose not to act on their desires, instead finding one billion and one excuses why this person is not “the one” for them.

If you are afraid of expressing your feelings, ask yourself, “What is there to lose?” or “What’s the worst that could happen?”  I believe in wearing your heart on your sleeve and being true to yourself, rather than hiding your feelings.  At worst, the person will reject you and you will realize that your feelings had been misdirected all along.

But wait, is that really a worst-case scenario?  Because now you will know the truth and be able to move on, rather than lingering around a one-sided romance.  On the other hand, if the person reveals similar feelings, you will then be on the way to building a budding romance.  Either way you will be grateful that you acted on your feelings rather than hiding behind a facade out of a mental fear of being rejected.

Regret #4:  I wish I had stayed in touch with my friends.

Friendships are often put on the back burner relative to other things, such as one’s career, romantic relationships, financial goals, and personal agendas.

Why?  Because we tend to think friendships will stay afloat even when we do not give them due attention.  As such, many of us take our friends for granted, often pushing back social appointments in the name of work, cancelling on friends at the last minute, or simply not putting in the due effort to meet up with friends face to face.

Rather than wait for your friends to initiate a get together, why not take the first step?  Many of my social appointments and gatherings are often self-initiated.  My proactive behavior has encouraged my friends to reciprocate in terms of putting in more effort to build our friendships.  I don’t think there’s a need to wait on other people to meet up; it takes two hands to clap and you can always be the one to gets things moving.

As you reach out to friends, there will be people who do not reciprocate your efforts.  That’s okay.  Don’t take it to heart; sometimes people have different priorities and there’s no need to force a connection if it’s not working out.  Simply move on to the friends who are reciprocating your efforts.  You will build more authentic and fruitful connections this way.

I wrote an in-depth, heartfelt guide on how to establish closer friendships, which you may find helpful:  How To Have More Best Friends in Life

Regret #5:  I wish that I had let myself be happier.

Too many people are deeply unhappy not because of their place in life, but because of their misperceptions about what it takes to be happy.  If anything, many of these unhappy people are highly affluent and privileged; they have a comfortable place to live, a stable job, a regular disposable income, a healthy social network, and a family to return home to.

It’s as John Galbraith mentioned in The Affluent Society: “Despite the increasing wealth of the society, people are not happier – in fact, they have become unhappier.”  Why?  Their unhappiness isn’t due to a lack of material wealth, but because they have flawed perceptions of what it takes to be happy.  They think happiness comes from material goods or financial wealth, when these things are simply means to live a better quality life, rather than vehicles of happiness itself.

Recognize that happiness is a choice.  Many people relegate their happiness to external factors.  They think they can only be happy if they achieve X, Y, and Z or if X, Y, and Z criteria is satisfied.

Of course, the problem is this criteria is entirely untrue.  Happiness doesn’t happen when those things are achieved; happiness is something you can experience now in this moment if you allow it to happen.  You CAN be happy now if you want to be.  The question is:  Do you?

Here’s a web-lecture on the ten timeless principles on how to be happy:

How do you feel about these five common regrets of the dying?  What would you regret not fully doing, being or having in your life?  Please leave a comment below and share your thoughts.

Author Bio:  Celestine Chua writes at Personal Excellence on how to achieve excellence in life.  If you like this article, check out: 101 Things To Do Before You Die and 8 Habits of Highly Productive People.  Get her free e-book delivered to your inbox by signing-up for her free newsletter.

Jasmine is a writer that likes to share general blogs. She loves spending time with her family and friends, and enjoys going on walks in nature. Jasmine also likes to read books and watch movies in her spare time.

Things To Stop Caring About Today

5 Things That Happen When You Embrace Being...

9 Things You Should Not Have To Give...